​BNF Bank are supporting VOCA The Journey concert in aid of Puttinu Cares Foundation which will be held on 24th and 25th May 2019 at Sir Temi Zammit Hall, University of Malta.

"The term 'journey' in the title reflects a year- long relationship of the choir with the children at Rainbow Ward, where the group was involved in a number of activities with both the children and their families," said Voca Choir Committee representative Nicholas Zammit. "Our choice of beneficiary, then, was an obvious one. We hope to be able to contribute significantly to Puttinu Cares' latest project of acquiring a hotel in London to accommodate families seeking treatment there, by sharing our love for music. We thank BNF Bank for its sponsorship, which will help us greatly in achieving our fundraising goals."

"Combining the love of music with the dedication towards using musical talent for a laudable cause did not leave us with any doubt when it came to choosing Voca Choir for extending our support," said Alison Grech, Senior Coordinator at BNF Bank. "Moreover, the concert promises a fantastic medley of contemporary music and older tunes to whet the appetite of a wide audience. We are eagerly looking forward to it!

Choir members support We Give Joy

​VOCA Choir members support We Give Joy's call for action this Easter by donating chocolate easter eggs to the paediatric wards at Mater Dei Hospital. This year the donations were allocated to the Disneyland, Wonderland and Fairyland wards to bring some joy to the children going through a hard time by a simple act of kindness. Well done We Give Joy for the initiative and sterling work.
​
​#wegivejoy
#wearevoca

The song's lyrics tell the listener that no matter how hard life can get, we are all here for a reason.

​
​
Once again Voca Choir wears #lotsofsocks for World Down Syndrome Day in 2018 to continue to help in raising awareness of what Down syndrome is, what it means to have Down syndrome, and how people with Down syndrome play a vital role in our lives and communities. People with Down syndrome can and do bring so much to the community, wherever they live around the world, when given the opportunity. We may be different but everyone should be accepted the same way! 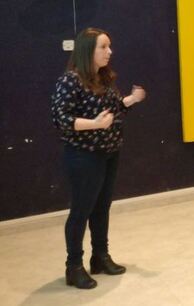 ​​
​VOCA Choir end the series of masterclasses scheduled for the year 2017, which were organised to improve the member's skills and techniques, with the final masterclass presented by Ms. Louisa Frendo Wirth.

Louisa is a Speech Language Pathologist who has shown an interest in the arts from a young age, where she participated and formed part of the organisation team in many school soirees, cultural activities and productions, both at secondary school and sixth form. Louisa started voice training under the tuition of Gillian Zammit in 2002 and has achieved up to grade 6  in the Trinity-Guildhall School of Music & Drama voice exams. She has taken part in Voices since 2002 and her musical theatre performances include Masquerade’s Suessical the Musical (2006) and MADC’s Christmas panto Sinbad the Tailor (2008-9). In 2010, Louisa formed part of the Beatles Philharmonic Tribute choir, performing at the Royal Albert Hall in London. She participated in Concerto di Natale 2010 held at the MCC, Valletta. Louisa participated in the annual concerts Rockestra in 2010, 2011, 2012 & 2013 as a backing vocalist. She participated as a backing vocalist in the Malta Eurovision Song Contest in 2011, 2012 & 2013. Louisa has formed part of Animae Gospel Choir since 2012, with which she participates in local concerts, workshops, weddings, events and TV appearances. Louisa also sings in local wine bars, restaurants and weddings, as part of a live acoustic duo, together with her father Patrick Wirth. 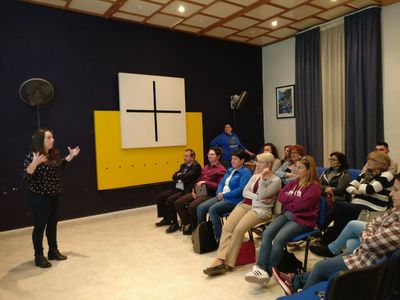 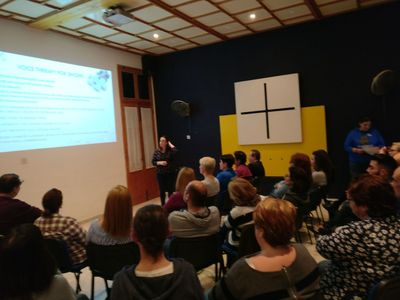 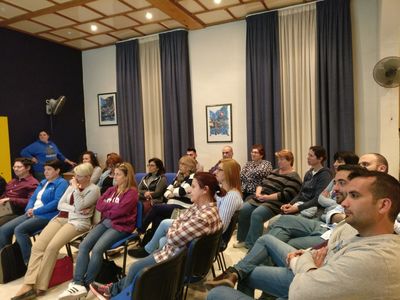 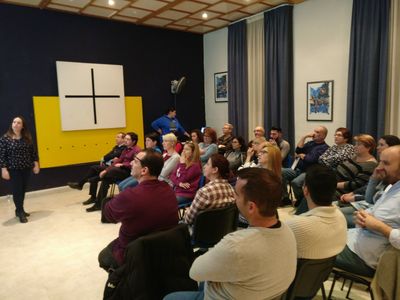 
​VOCA Choir held the fourth in a series of masterclasses, presented by Mr. Thomas Camilleri.

Thomas has been into acting since a very young age with Masquerade Theatre Arts School. He spent ten years in the UK taking part in the ensemble and musicals in various productions such as Les Misérables, Evita, Legally Blonde and The Rocky Horror Show.

​During the masterclass, Thomas focused on diction and stage presence by using varied exercises highlighting strategic points to benefit the choir’s development. 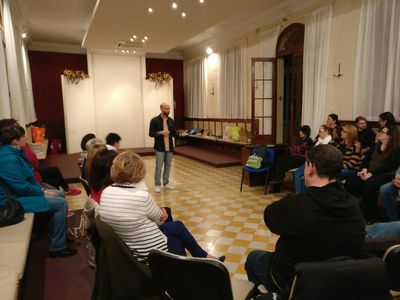 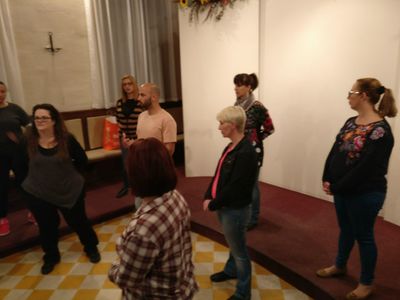 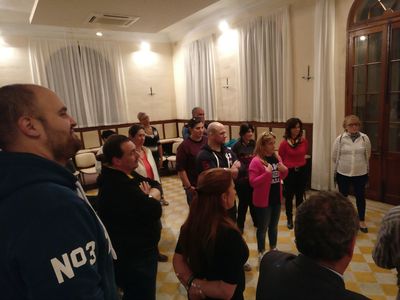 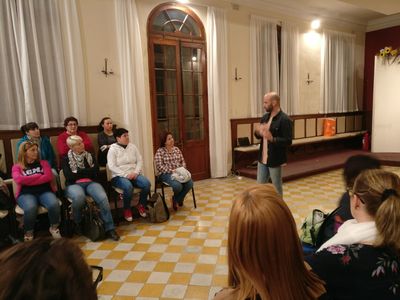 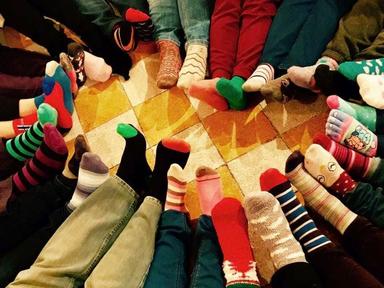 ​
Voca Choir wears #lotsofsocks for World Down Syndrome Day to help raise awareness of what Down syndrome is, what it means to have Down syndrome, and how people with Down syndrome play a vital role in our lives and communities. We may be different but everyone should be accepted the same way!

​VOCA Choir held the third in a series of masterclasses, this time presented by Ms. Pamela Bezzina.

Pamela is a professional Vocal Coach and vocal arranger and studied music and Classical singing from an early age. She then continued her musical and voice studies in contemporary singing and owns a degree in Speech and Language Pathology where she focused her studies on the Human Voice and singing. This also entitles her to practise Voice Therapy with singers who encounter any voice difficulties and together with several Otolaryngologists and ENT specialists in Malta she plans and administers a rehabilitation programme for singers with voice disorders. She is also trained in the Estill Vocal Technique - a singing technique which is very scientifically oriented and helps understand each individual's voice in much more detail.
​ 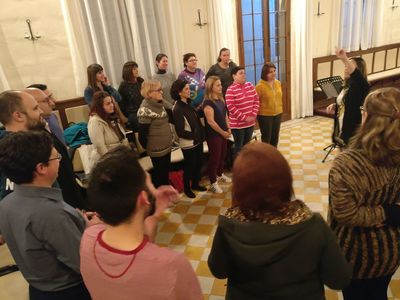 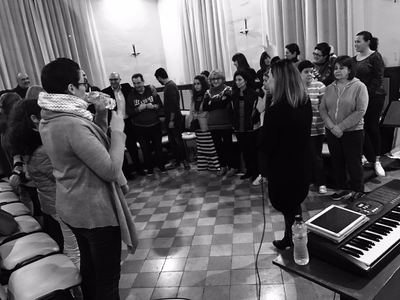 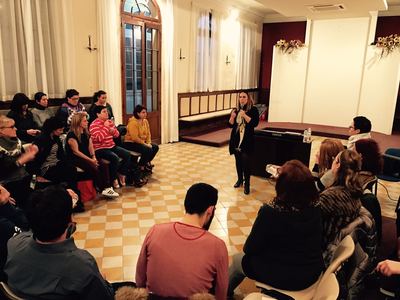 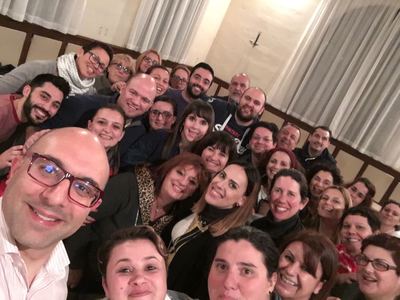 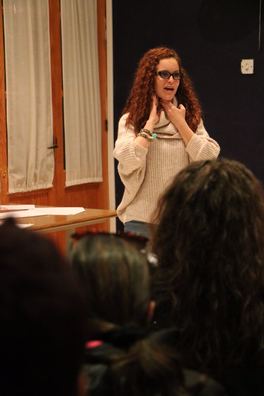 VOCA Choir start a series of masterclasses in 2017 to improve the choir's skills and techniques with the first being presented by Ms. Rachel Fabri.

Rachel is a classical-crossover and musical theatre soprano - a popular and professional singer who has performed in various concerts, musicals, corporate events, gigs, weddings and others, most frequently in Malta and the UK. Rachel formed part of the well-renowned, British, platinum-disc, classical-crossover quartet 'All Angels'. With All Angels, she performed at prestigious venues such as Wembley Stadium (Champions League Final Opening Ceremony 2011) in front of 90,000 live spectators and millions of TV viewers, in front of over 20,000 people at the O2 Arena and the Royal Albert Hall among others. She is signed to the internationally-acclaimed Eclipse Artists Agency.  She completed a Masters in Musical Theatre at the Guildford School of Acting (UK) and was Head of Music at Masquerade School for Performing Arts for the past 4 years. Rachel participated in frequent workshops and masterclasses both in Malta and in the UK. Rachel also completed the Estill Voice Course in London with Charlotte Shorthouse, thanks to funding from the Malta Arts Council.
​ 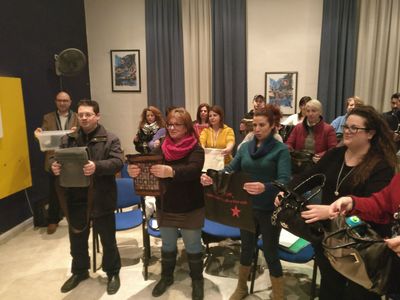 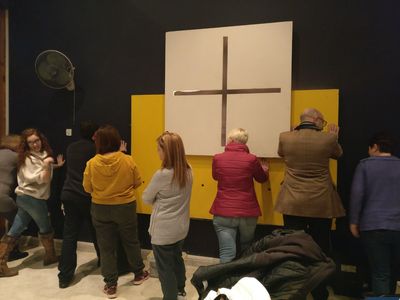 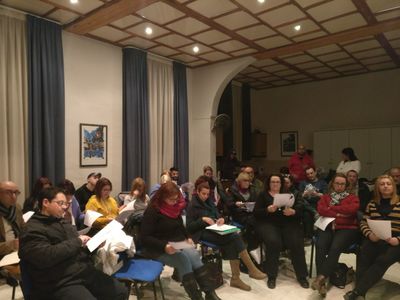 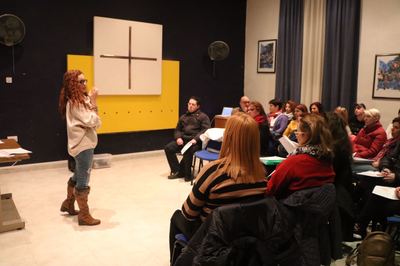 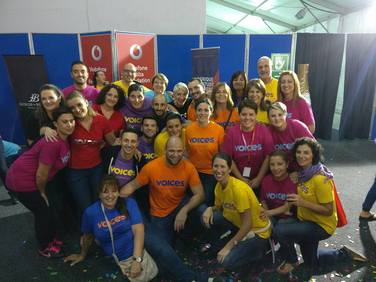 © Ivan Borg
​
VOICES celebrated its 25th anniversary this October. In its largest and final concert, we revisiting some of the most memorable moments and numbers from past years. 250 former VOICES choir members re-united for one last time to perform some of the most iconic and renowned songs including tunes by Michael Jackson, Queen, Adele, and Coldplay amongst others.

Around 28 Voca choir members participated in this concert as they did in previous years to raise funds for those in need. 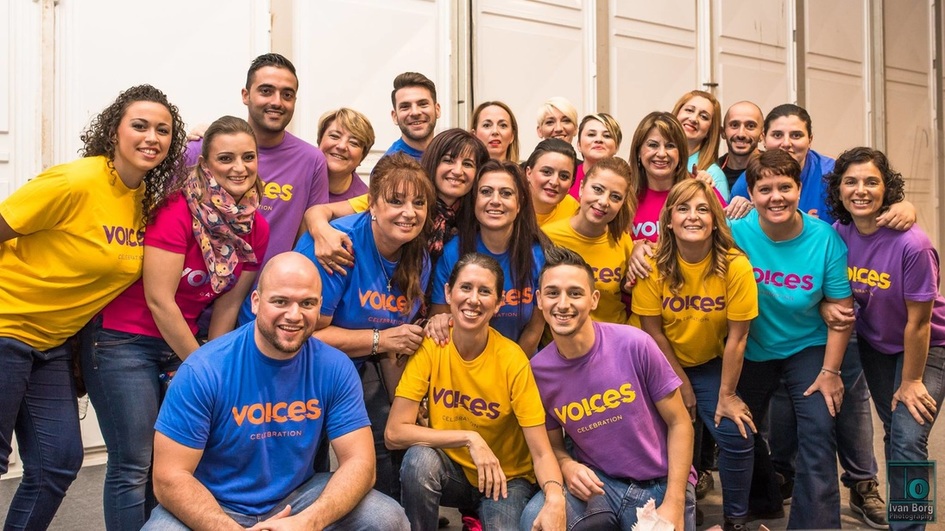 For those of you who did not manage to get a copy of Pink magazine out with The Sunday Times of Malta yesterday, here is the feature. Thank you Pink magazine for your support:

SnapShot - Passing on the good

​Klara Grech, 23, forms part of the Voca Choir and is about to use her talent to raise funds for charity. She believes she was just fortunate to be born in better circumstances than others, and not deserving such luck, she wants to do her utmost to help them better their own lives.

​Voca Choir has joined forces with MSV Life for a concert on April 29 at St Monica School Theatre in Birkirkara in aid of Dr Klown. Tickets are available on www.ooii.com.mt

Tune in to TVM today at 12:10pm to watch Hadd Ghalik. 3 of our members will be participating and we will all be there promoting The MSV Life Voca Choir in Concert!